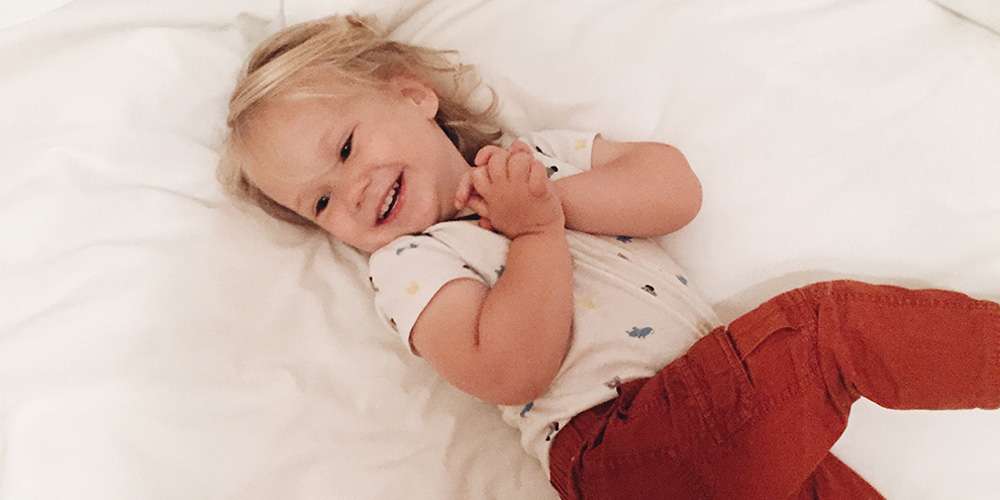 My Baby Didn’t Sleep For 46 Months, Finally I Found the Answer

I have to admit, I was totally spoiled with my first two children — they were phenomenal sleepers. When I got pregnant with our son, I figured since he’s cut from the same cloth, we’d have another champion sleeper on our hands. We soon found out that was not going to be the case.

Odin was born at home in early August of 2015, just like his sisters. He had a beautiful water birth, surrounded by an incredible birth team of my husband (he should be a doula), two midwives, two doulas, my mom, and his sisters. From the start we loved him fiercely and he loved us back.

Going against all counsel and advice I have given new moms I’ve worked with over the years, I strapped him to my chest at ten days old and went back to work as an Advanced Nutrition Response Practitioner. Rent had to be paid, employees were expecting a paycheck, and our original backup plan lasted a week. So, I showed up, cried my eyes out, and let my village help us raise him.

By the time he was a few months old, I could tell something was off with his nervous system sleeping pattern. This, despite weekly chiropractic adjustments, persisted. A restless one, he slept only if attached to me, and only if nursing at night. Testing him showed that food intolerances were a concern, along with chemical and metal toxicities. Per usual, we followed protocol, though his sleep cycle never improved.

Sleep disruption is common in babies. I spent twenty plus years as a birth and postpartum doula, craniosacral therapist, and Bradley Method childbirth educator ,and worked with many couples around sleep of their wee ones. I also know what it looks like to see a dysregulated nervous system. For a child receiving weekly nutrition response testing from birth, weekly chiropractic adjustments (beginning at just hours old), and who has been under the care of a homeopath, he was still off.

Now, in all other ways he was a healthy and well adjusted little one. He was funny and so smart, very verbal at a very young age, strong, agile, and quite able. He captured the hearts and humor of everyone around him. 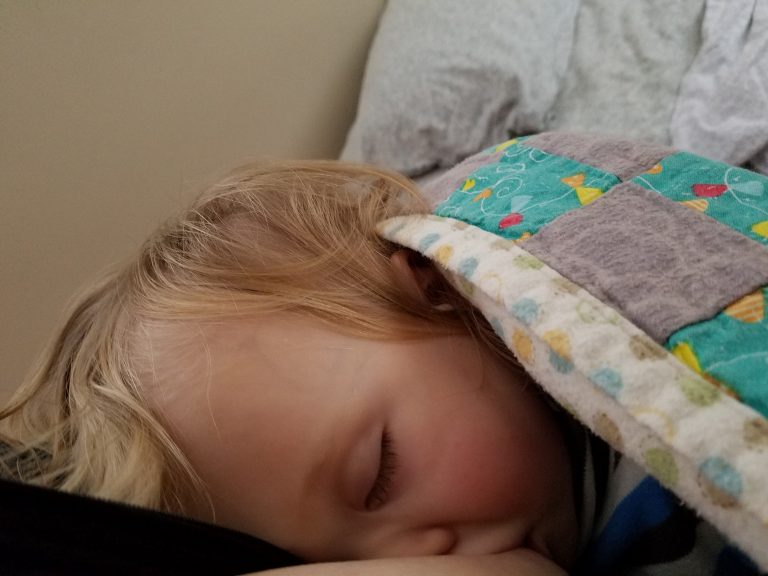 Let me define DIDN’T SLEEP: to nap he had to nurse to sleep unless someone laid with him for hours until he fell asleep, and then he’d sleep for under 60 minutes. Bedtime was even more difficult. It took more than 2-3 hours to get him to sleep, then he would wake within 2-3 hours. Rarely did he wake in upset; he was always calm and happy. It’s like he just needed someone to be with him, because he was awake, and it was dark, and it was night. I could tell digestion was an issue, though, because he would flop around like a fish out of water. Younger than two, he would turn my body on its side so he could lean against me like a personal La-Z-Boy. I began to lay him like that at night (if my tired brain could remember) because he would sleep for a solid two hours if I could hold that position for him.

He woke between 5-8 times per night and was up for the day between 4:45-5:15. Our homeopath one time said his remedy describes an orphan, one who can live on little sleep and food. It described him perfectly, and simultaneously broke my heart.

By 18 months of age, I was feeling the effects of major sleep deprivation. Emotionally stressed already, I took Odin with me to Florida for an advanced clinical training weekend to have him tested by my instructor. Finding more chemical and metal toxicity, his new protocol brought his night waking from 5-8 times per night down to 3-5 times per night. That was a monumental shift for us, and yet the overall sleep deprivation began to feel a bit like torture to my emotional and hormonal health, not to mention my relationships.

Three areas of interest that had shown up in Odin’s health.

Pulling the above foods made a difference in his sleep patterns, meaning he would wake one time less per night (for a little while). But then he’d revert back to multiple wakings. Pulling so many of these foods over time was also getting difficult as, even though he was breastfeeding, he would sometimes go a day without having more than a bite or two of food. It was obvious that he knew when food didn’t work for him. As a nursing mom, it was tricky managing this on top of my own food sensitivities. 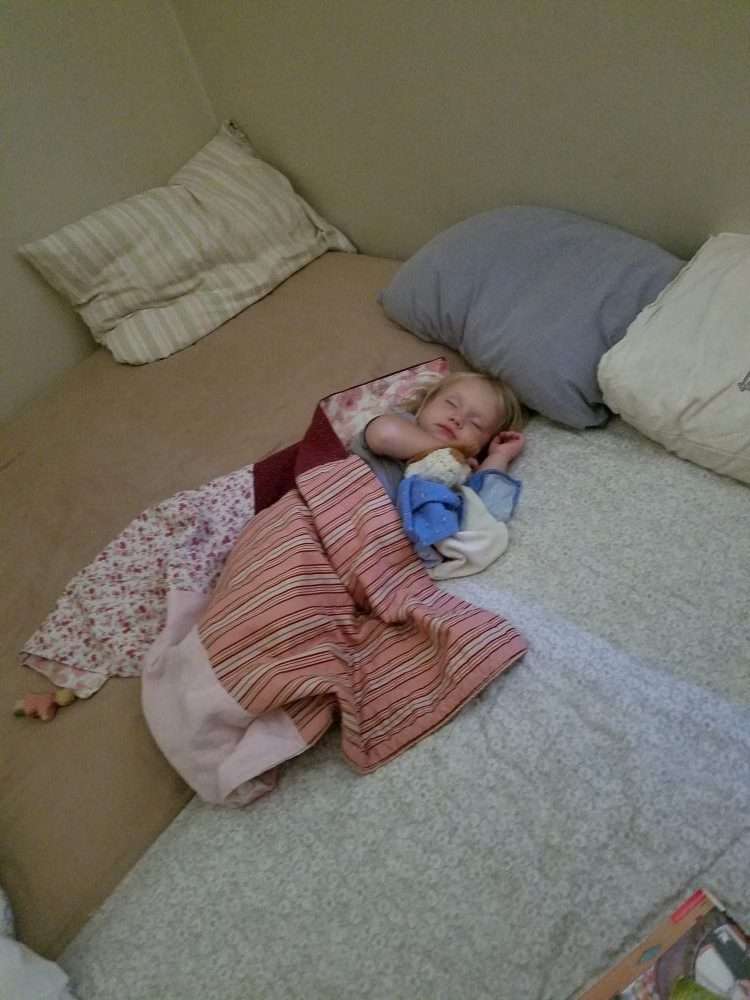 He finally tested for the immune challenge I had been suspecting was wreaking havoc on his little body. It explained so much about his experience and symptoms, though no protocol had worked to expel these parasites, so I continued my search to support him.

Other symptoms he began to show include:

These symptoms came and went, and by the time he was 3 ½, they included itching anus, cat allergies, seasonal allergies, and a respiratory allergy to his own dog of two years, resulting in once a month asthma attacks around 1:15 a.m. three months in a row. I got the asthma attacks under control, then the next three months he woke around midnight (on a full moon) and screamed for about three hours. It occurred like he was still sleeping, but screamed and thrashed — wanted out of his room, out of my arms, into my arms, into his bed, onto the couch, onto my bed, back into my arms, throwing his body around like nothing I’d ever seen before. He’d wake the next morning completely exhausted, and I would be in tears.

Enter the perfect timing of the Ulan Nutrition Systems annual spring symposium and the promise of unlocking hidden and morphed immune challenges. There are fewer than 2,000 of us trained as Clinical Masters in advanced nutrition response testing in the nation. There were only 125 of us at this symposium being taught this ground breaking technology. What I found in my own health blew my mind. I went home and found MULTIPLE morphed and hidden immune challenges in my son.

Let me tell you something. Being woken in the night by what I thought was him coughing, and upon further listening, realizing our son couldn’t breathe and was having an asthma attack, is something I don’t wish upon anyone. Running into his room as he’s pushing at his trachea gasping for air, trying to call out for me, exhaling more than he’s able to inhale is something I DO NOT want to revisit and have total PTSD about. I am beyond grateful for the tools and resources I have, my ability to stay calm, and my quick thinking. Within 5 minutes, I had his lethargic and heavy body laying against mine, sitting upright in our bed, quietly weeping tears of relief. From that night on there was no more sleep as I lay listening for him, not wanting him to experience that fear of not being heard ever again. 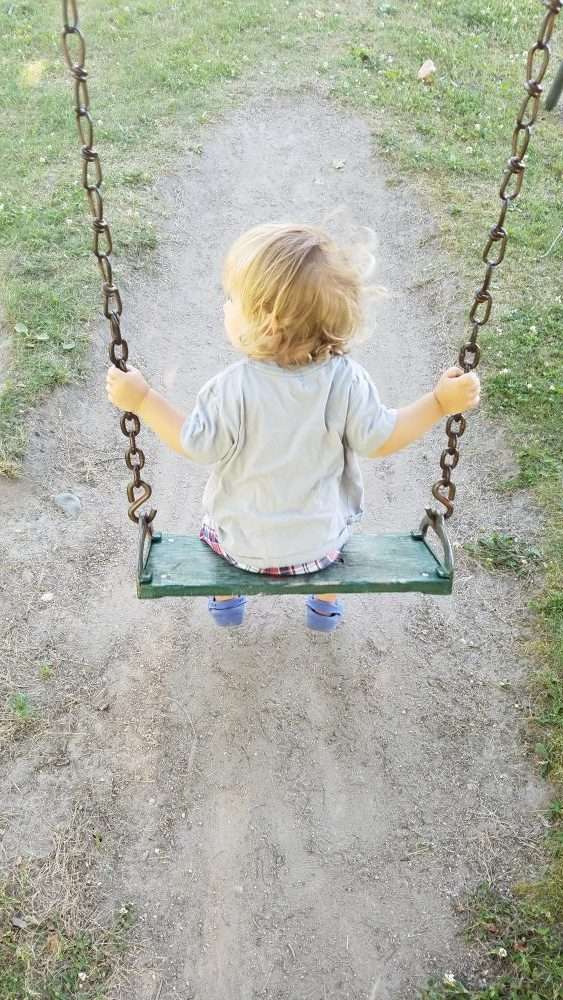 I began the unfolding of these deeper challenges and what lay underneath them, as what continued to test was more and more hidden. I knew we were on to something big — I knew we had tapped into the answers. Answers I desperately NEEDED.

He was so intuitive. He would tell me in the middle of the night that he could feel buggies moving around in his stomach. He would point to where and would sometimes slap his stomach, grab his skin, or punch himself in the nose. My heart hurt for him, and it continued to drive me forward. 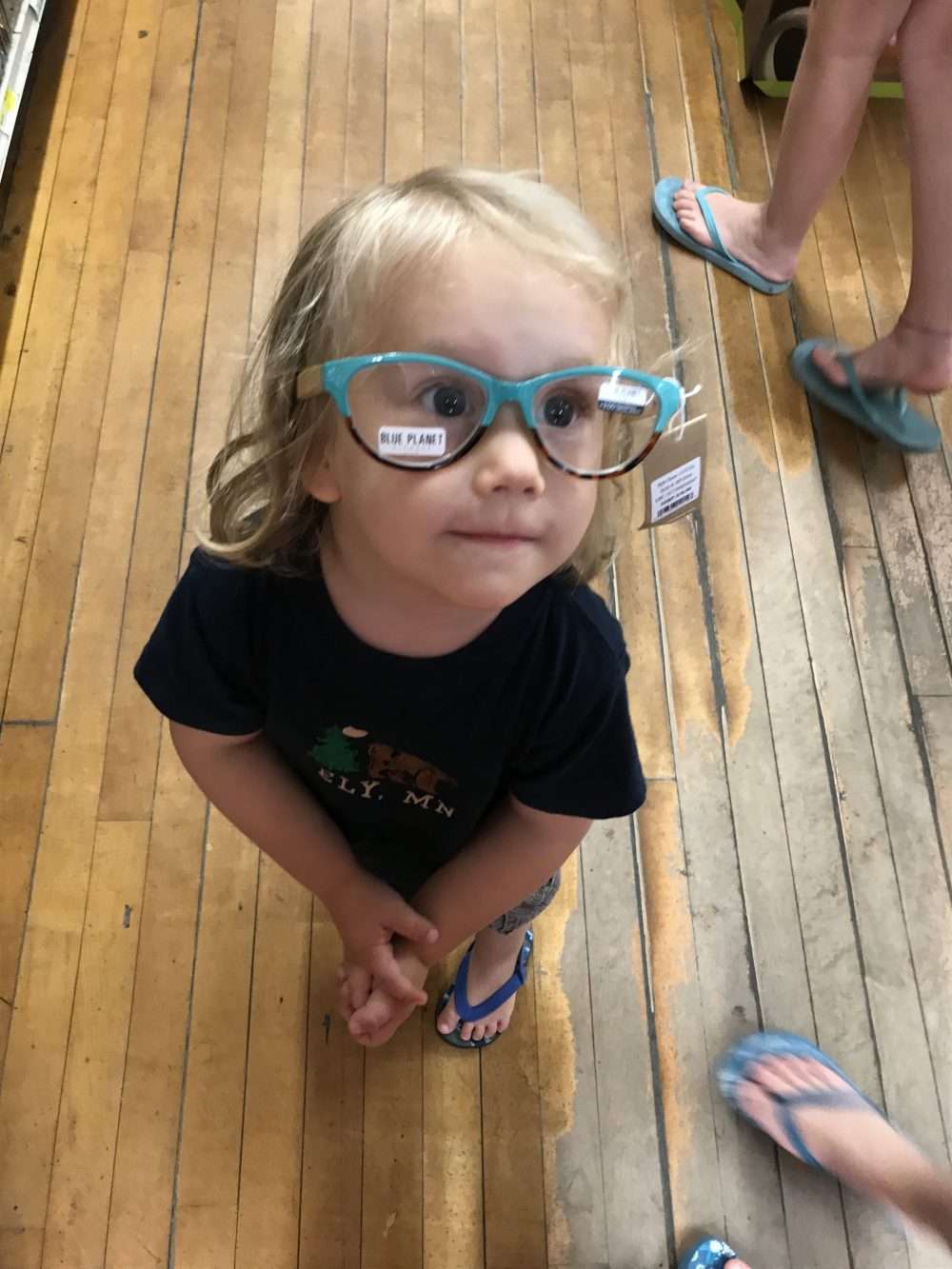 I had a hunch that I needed to expand my reach beyond the many nutritional lines I had been trained on and found the answer in a company a colleague had introduced me to. I knew if he did NOT test well for these immune supports, I wouldn’t use them. But if he did, just maybe they would work.

What happened next still feels like a miracle to me. He slept through the night for four nights in a row for 8-10 hours each night — after two days on the product!

Three days in, I found a piece of tapeworm in his wet diaper, and when I grabbed my husband to show him, he told me that he had seen that same thing the day before in a wet diaper.

The sleeping continued. This time, if he woke, it was to have a quick diaper change, or a snuggle that would put him right back to sleep. There were mornings I would wake up to him quietly snuggling into bed with us, having worked his way under my arm without waking me.

Remember how small he was? He grew 2.5” in less than 3 months and completely potty trained himself during that time as well. His already “hunormous” vocabulary exploded to another level, and his mollescum went away, leaving scars behind. There are no foods left on his intolerance list. He’s been sick with some sinus congestion just a handful of times and his nutrition protocol continues to dwindle in size.

Four months later, still on the same protocol, he had a bowel movement that looked like a little barbell held together by a 2” piece of string that smelled absolutely putrid. In that moment I knew we may not be done with the path that we’re on, but we’re well on our way to true wellness. He continues to pass parasites to this day.

The next day I knew it was time for me to quit nursing him. We talked about how much we loved nursing together, how much the “nursey” milk helped him to grow and how strong his body is because of it. We talked about how tired mama’s body is and how now that his body is so big and strong, mama needs a little break. He held my cheeks in his hands and said to me as both of us cried, “It’s ok mama, I just love you and want to be with you.” He nursed for the last time that night just one day after his 4th birthday. I’m so glad I stuck with the commitment to keep him feeling safe with breastfeeding. The power of my breastmilk in keeping his constitution solid and steady is more than I’ll ever know. It’s obvious to me that his intuitive ability has something to do with our closeness and being tuned in to each other’s needs. 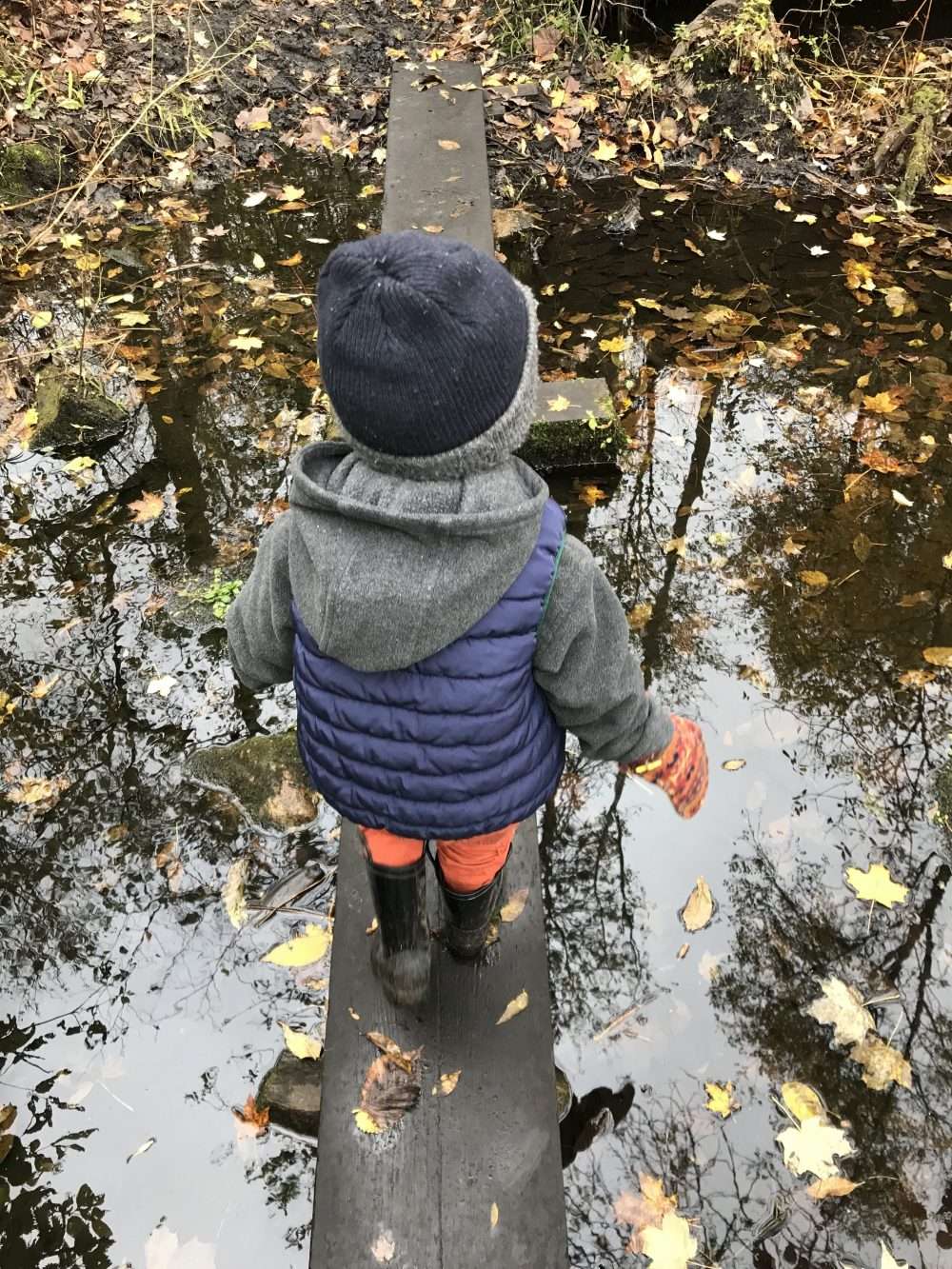 I’m so clear on the lessons in this for me both as a mother and as a practitioner.

46 months of not sleeping through the night are over.

If you haven’t found answers to your health concerns, set up a discovery call TODAY. 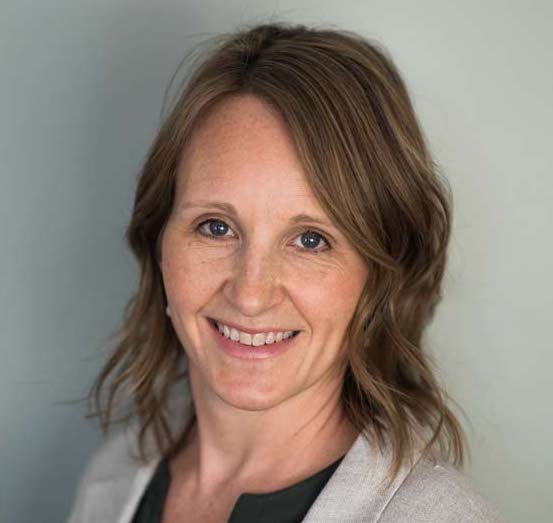 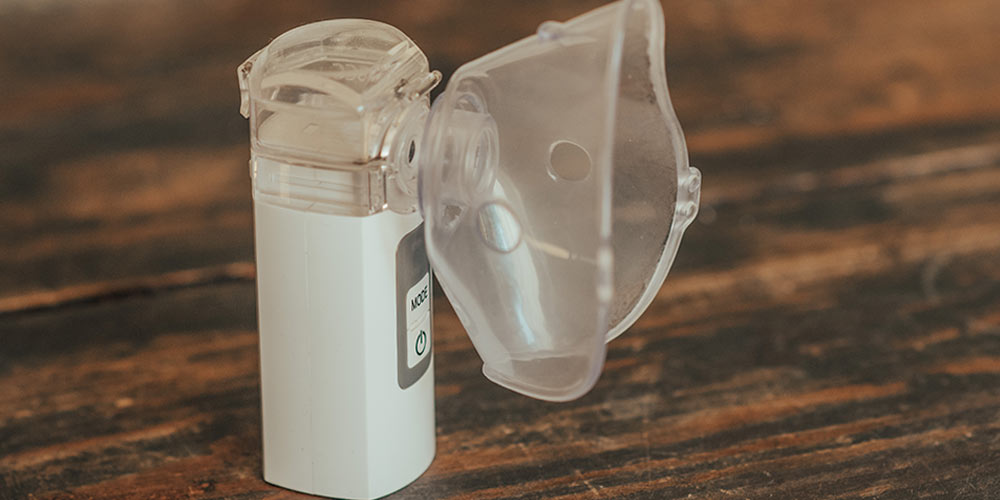 How and Why We Use a Nebulizer at Home 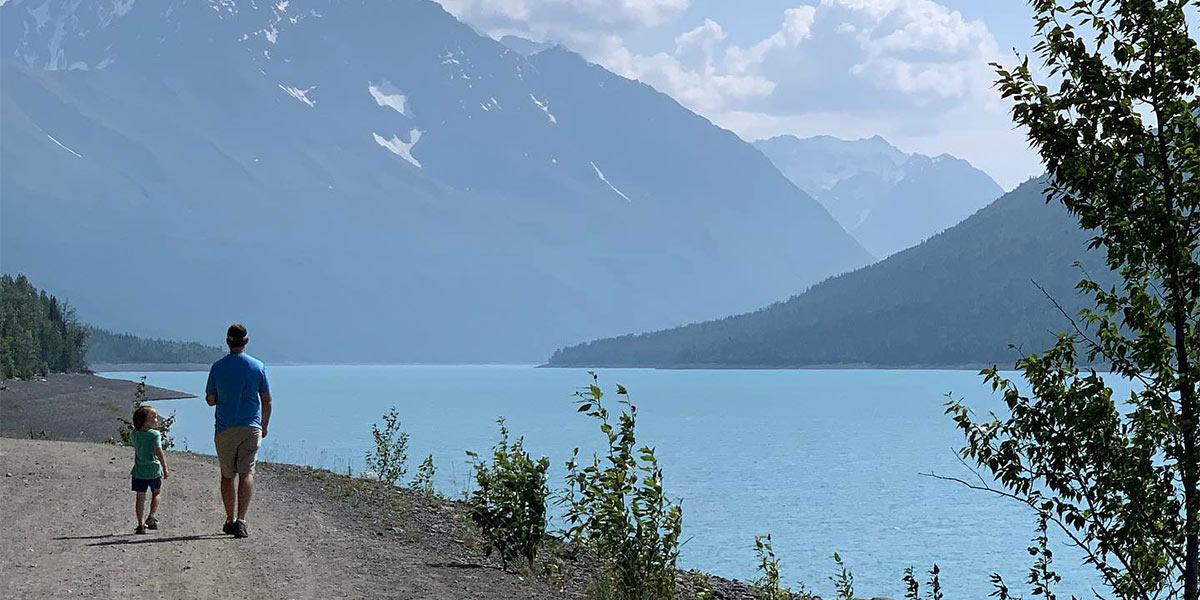 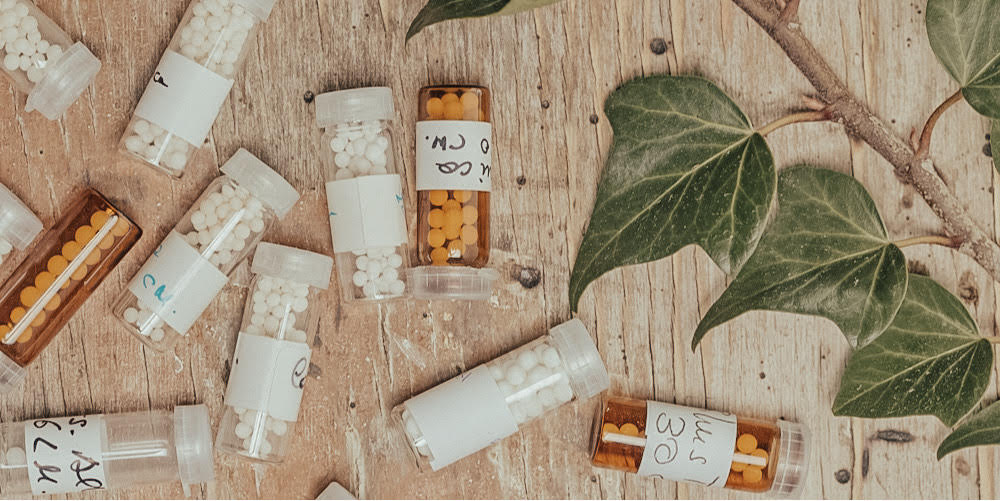 What Is Homeopathy and Why Use It? 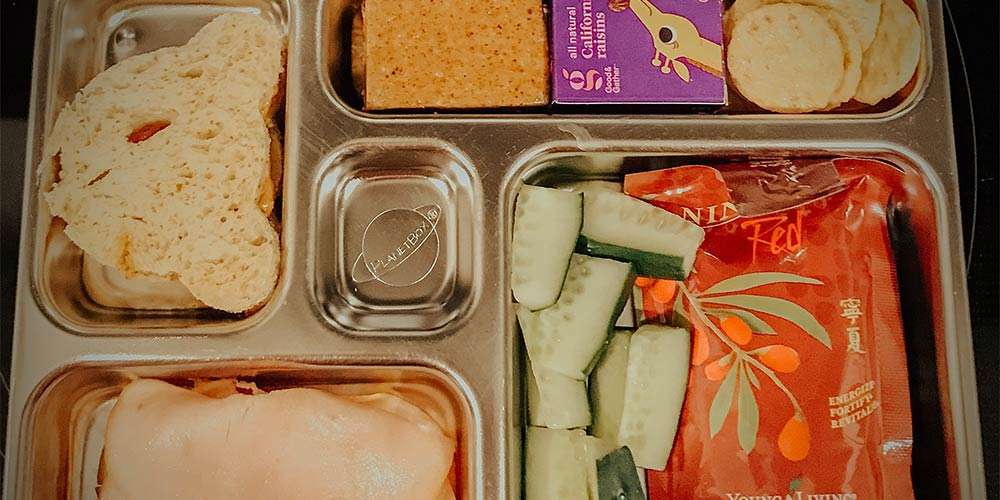 What to Pack for Healthy School Lunches